Get directory from which script was called from

By "directory it was called from" you seem to mean its working directory. You can change this inside the script using e.g., cd, but before you do so, pwd will print it out. It'll also likely be in the variable $PWD

If you'll need the initial working directory after changing it, just save it at the top of your script (before changing it)

If you're using this to get back to the directory you started in, see also pushd and popd. 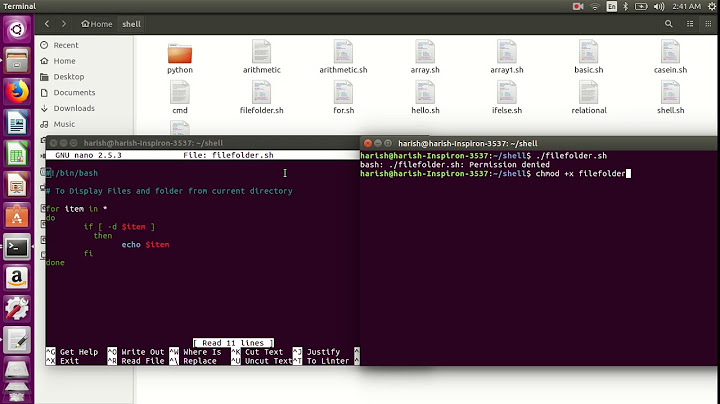 07 : 14
Shell script to get file name and extension
Blackberry Boy
52 10 : 55
Get The Directory Path Of A Shell Script By Writing An Unzipping Script
Matheus Gomes
24